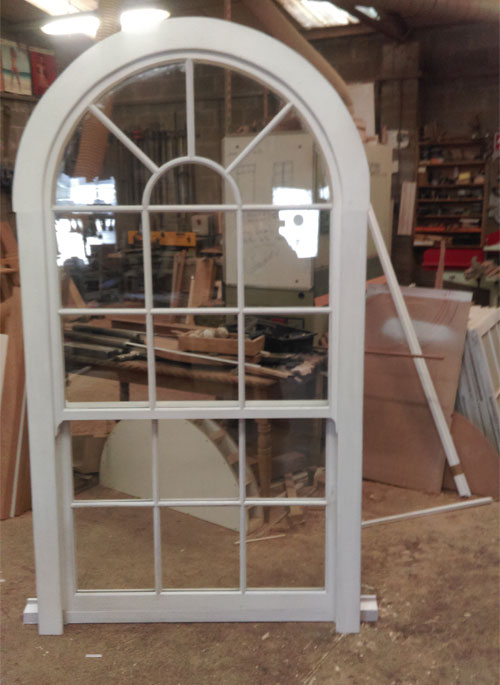 Mick Henry Joinery was founded in 1989 by Mick Henry, after he had completed his training with Anco (1985) . His first workshop was in part of an old schoolhouse that was on family owned land
He began by manufacturing doors, windows and kitchens. Business came gradually for the young joiner and over the years as the momentum picked up so did his reputation for diligence.

After about five years of steady growth by the start of 1994 Mick Henry was in a position to expand. He built a new custom workshop. Then enabled him to increase his capacity and opened up further opportunities.

At the time PVC based windows and doors were at the height of their popularity. But Mick Henry’s belief in his service and product was to pay dividends as in the following years the markets for wooden based doors and windows underwent a renaissance and he was perfectly positioned to take advantage of the work that presented itself.

Working with his own apprentice now Mick Henry appreciates what he has achieved over the years. “I’m very happy working at this level at the moment. I can give each job my personal attention.” That said he has a number of sub-contractors that he has worked with for many years and knows he can rely on their back up when the need arises. “With my subcontractors, I know what they can do and I can trust them to do it properly

In addition to manufacturing bespoke pieces at his workshop, he had invested in equipment another market opened up. This was in the conservation niche. Mick Henry now has a very successful business restoring the wooden elements of old houses. Matching the new with the old is a key element on older buildings. When it comes to restoration work, challenges of the highest order can be encountered.

Trying to keep with what was originally in place is taken as a given. Where old wooden framed windows or pillars have rotted, taking templates fro the existing joinery is one of the first steps in restoration process. It’s a pretty straight forward idea.